this weight loss page will be dedicated to tracking all my progress from beginning to goal, whatever that actual number will be; my guess is its around 180-195 lbs. 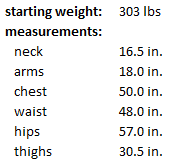 notes:  this was the start of the advocare 24 day challenge cleanse phase. 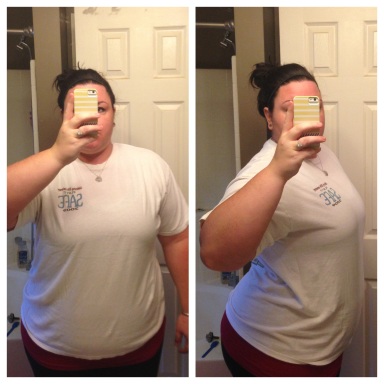 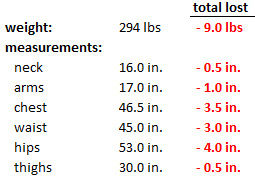 notes: this was at the end of my advocare 24 day challenge cleanse phase. the cleanse was 10 days long, hence the random 10 day weigh-in.

pictures: i’m holding off on posting my  ‘real’ before and after pictures until after the entire challenge is complete.  they aren’t the most flattering (you see stomach) and i’d rather not post them unless the difference is really noticeable. 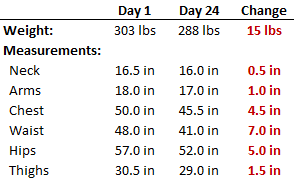 notes: this was at the end of my advocare 24 day challenge  max phase. 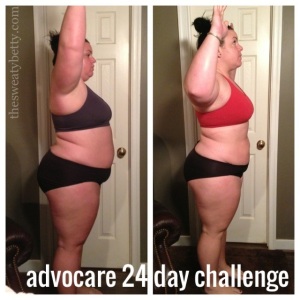 notes: well, its been a long time since my last update!  i’ll update measurements later! 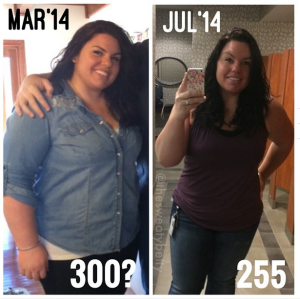 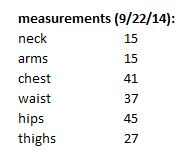 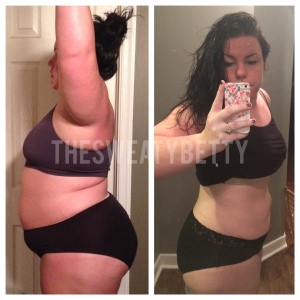 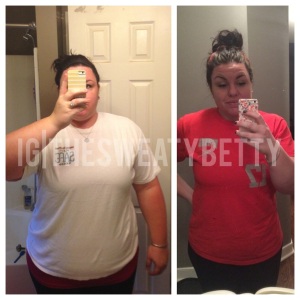 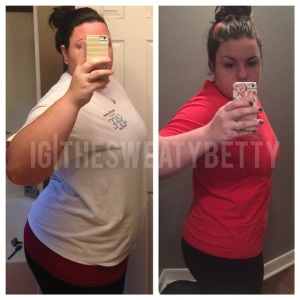